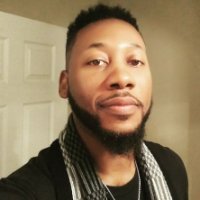 Writer, Filmmaker and Author Timm Knight has accomplished a lot in the last year and a half after moving to Atlanta, GA to pursue a career in television and movies. As a filmmaker he wrote and directed two short films Good Job & All Figured Out. Both of which has been recognized by the various film festivals. The latter film was a Official Selection for the Miami Independent Film Festival and a semi finalist for the Los Angeles Cinefest. His screenplay for "Indifference" was nominated for Best Short Film Screenplay at the Content Creators of Atlanta awards. He was Assistant Director for a film called "First Time Always Hurts" in the 48hr Film Fest and he is serving as AD for another film slated for the 48hr Film Fest in October 2017. Timm appeared as himself on "Little Women Of Atlanta, Stevie J's TV show and was prominently featured extra on Bounce TV's Saints & Sinners. As an author his book "God's Will But My Choice" reached No. 1 on Amazon's African American Christian Fiction list. His new self help book yet to be titled is in the final edit phase and will be released early 2018. His first feature film is now complete and he is looking for producers to bring the film. Most currently he is putting the final touches on a pilot for TV to shop to the major networks. He is also developing a reality TV web series. Timm is on the rise and knows exactly where he's headed. He is always looking to partner with other creative minds to expand the brand and introduce fresh ideas in the world of entertainment.