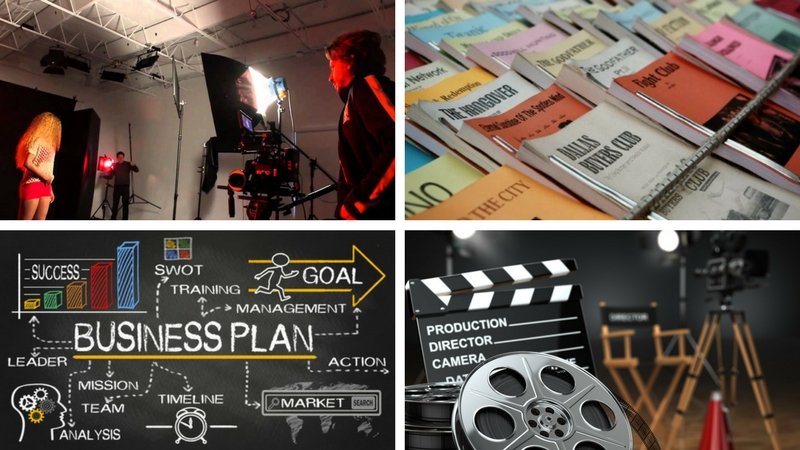 A film business plan is an essential document that every filmmaker should use and understand. The most obvious benefit of preparing a film business plan is that it can be used to raise money to complete your production. Equally important, however, is that you can use it as a tool to forecast revenue, plan marketing and distribution, recruit famous actors, experienced production people, key team members, and generally keep your production on track.

Executive Summary
Your executive summary is a snapshot of your film business plan as a whole and touches on your company profile and goals.

Film Company Description
Your company description provides information on the kind of films you produce, what differentiates your films from others, and the markets your business serves.

Film Market Analysis
This section describes the target market of your film and discusses the competitive environment of that market.

Film Description
Is your film a short, a series, a documentary or a feature film.  Is it for entertainment only or is your goal to bring attention to a cause. What is the film’s main and secondary genre. What is the life-cycle of your film?

Film Distribution
We help you determine the most appropriate distribution channel(s) for your project. That is, is your project more suitable for movie-theater distribution, Netflix, HBO, TV or YouTube.   We also use our contacts and negotiation skills to help you get it done.

Film Funding
We prepare a comprehensive document that communicates the information needed to get your project funded by banks, investors, family and friends.

Financial Projections
We use historical data to provide accurate financial projections based on our script analysis.

Appendix
This is where we include your Film Budget Breakdown. You should also include information such as resumes, bios, permits, leases, intellectual property, etc. We can show you what information you should include in your appendix.

Finally, keep in mind that we write your plan using current film trends.  For more information, please call or fill out the form below.