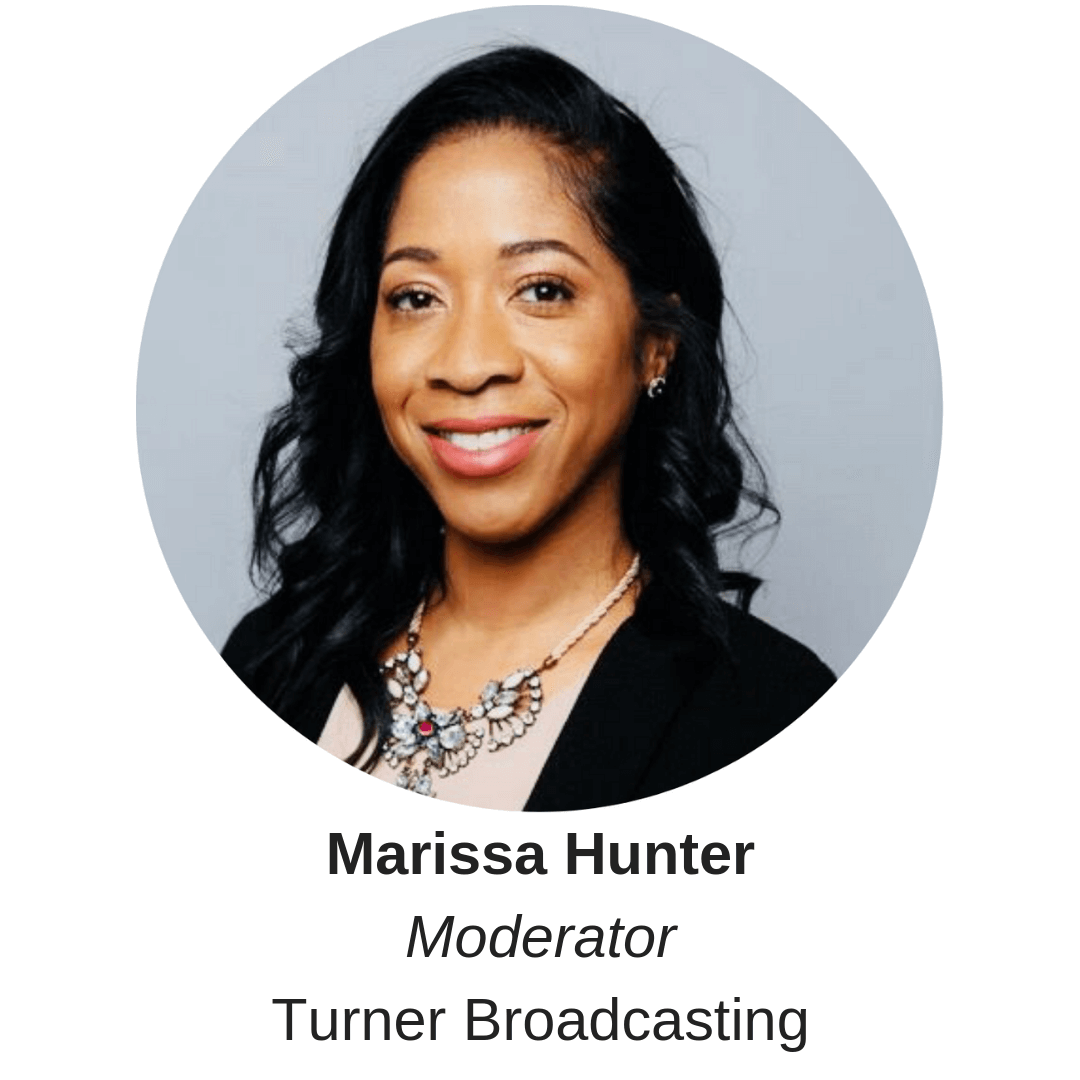 Bio: Marissa is a successful internationally-acclaimed author. In her debut book ‘I Was Chosen To Remember’ she shares the inspirational story of her family’s priceless gains during the spiritual transition of their matriarch.

Prior to publishing her first literary masterpiece, Marissa has written professionally in a corporate setting for many years.  Marissa is also a humanitarian who concentrates on uplifting the lives of children and the elderly with her philanthropic works in the community. Always looking to uplift the vibration of the human experience, she uses her own life experience to illustrate her lessons learned.

Marissa is fervently working on her next literary work. To stay updated with Marissa’s latest projects visit her at www.marissahunter.com.

Bio:  Bernie Lawrence-Watkins is a seasoned transactional attorney and principal in the law firm of B. Lawrence Watkins & Associates, PC, concentrating in the areas of Entertainment, Copyrights and Trademark, New Media and Corporate Law. Throughout her career, she was able to establish a niche practice representing multi-platinum selling music producers who have created hits for notable hip-hop artists such as Lil’ Wayne, T.I., Nicki Minaj, Ludacris, 50 Cent, and P. Diddy, and R&B and Pop artists such as Usher, Justin Bieber, Chris Brown, Beyoncé, and Rihanna, to name a few. Some of her clients include music industry executives, music production companies, independent record labels, artists, managers, songwriters, film and television production companies, screenplay writers, video game developers, and clothing designers. Ms. Lawrence-Watkins frequently appears as a guest speaker and panelist at entertainment seminars and conferences across the country.

Prior to forming her law practice in late 2002, Ms. Lawrence-Watkins worked as a Contract Compliance Legal Specialist for the City of Atlanta. In her position at the City, she served as a legal liaison to the Law Department, supervised certification specialists regarding the Equal Business Opportunity program and Disadvantaged Business Enterprise program, implemented Equal Employment Opportunity and First Source Jobs program procedures. Mrs. Lawrence-Watkins also served as a federal lobbyist for a period of eight years.

Mrs. Lawrence-Watkins received her undergraduate degree in Business Administration from Howard University and a Juris Doctorate from the University of Baltimore, School of Law. She is married with two sons. 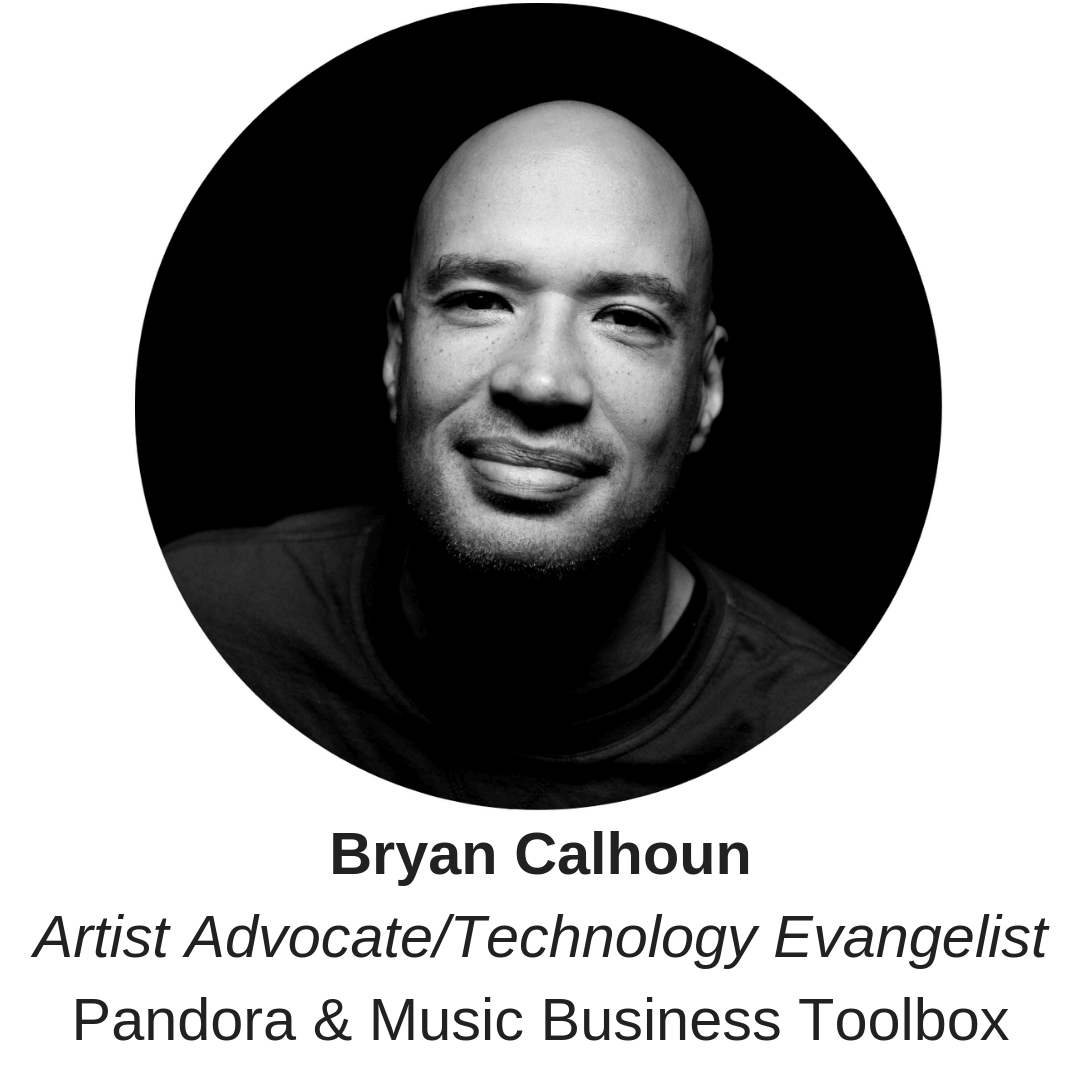 How To Be A Successful Musician & Music Business Budgets | Entrepreneur | Interview https://www.youtube.com/watch?v=0xopUhKPDKY

Bio:  Bryan has more than 25 years of experience at the nexus of technology, music and business. As a member of the Industry Relations team at music streaming giant Pandora Media, he helps artists, labels and managers maximize their opportunities on the platform. Always the artist advocate, he created the Music Business Toolbox, a book and set of tools, to empower musicians with actionable advice. He works with management powerhouse Maverick/Blueprint Group providing digital strategy for the roster of superstar artists including Lil Wayne, Nicki Minaj, G-Eazy, The Roots and more. In 2015, he co-founded Freeform to allow artists to capitalize on the successful monetization strategy popularized by the free-to-play mobile gaming revolution. Freeform was acquired by Zedge, the world’s largest phone personalization app to continue the vision with the expansion of a premium marketplace for artists to promote and sell their work to Zedge’s 35 million monthly active users. He’s worked with labels Relativity/Sony, RED, and Warlock and ran industry relations for SoundExchange which collects and distributes non-interactive streaming royalties to artists and labels. He is a frequent speaker at music industry conferences and voting member of the Recording Academy. 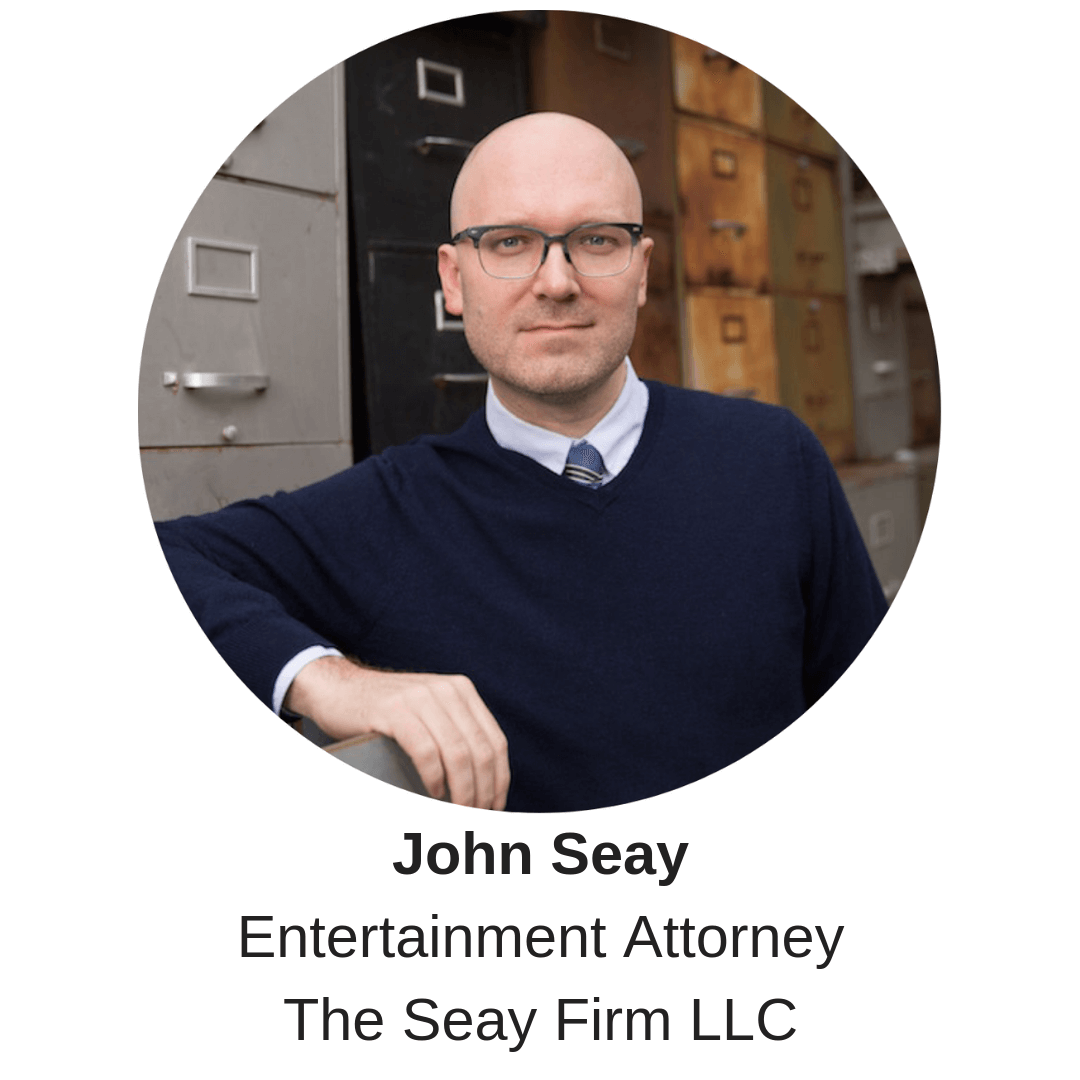 Bio:  John Seay is the founder and principal of The Seay Firm, an entertainment law firm located in Atlanta, GA. As an artist himself, John has over a decade of experience as a musician, tour manager, and writer. John spent four years as Of Counsel in the entertainment and media practice group in the Nashville office of Loeb & Loeb, one of the largest and most comprehensive entertainment and media practice groups in the world. Before founding The Seay Firm, John worked for Turner Broadcasting. He is a Chair of the State Bar of Georgia Entertainment & Sports Law Section and is a member of the Recording Academy.

From 2016 through 2018, John was recognized as a Georgia Super Lawyers Rising Star in Entertainment & Sports Law, a designation only awarded to 2.5% of attorneys in Georgia. In 2016, Georgia Trend Magazine named him a Legal Elite in Entertainment Law. John is on the Board of Directors of #weloveatl and serves as a volunteer attorney at Georgia Lawyers for the Arts.

He is a graduate of the University of Georgia School of Law, where he served as Executive Articles Editor of the Journal of Intellectual Property Law and President of The Sports & Entertainment Law Society.

Paid in Full 01: The Basics
https://theseayfirm.com/paid-full-01-basics/

Paid In Full: How to Collect Royalty Payments
https://theseayfirm.com/how-to-collect-royalty-payments/

The trials and tribulations of record deals
https://artsatl.com/opinion-trials-tribulations-record-deals/ 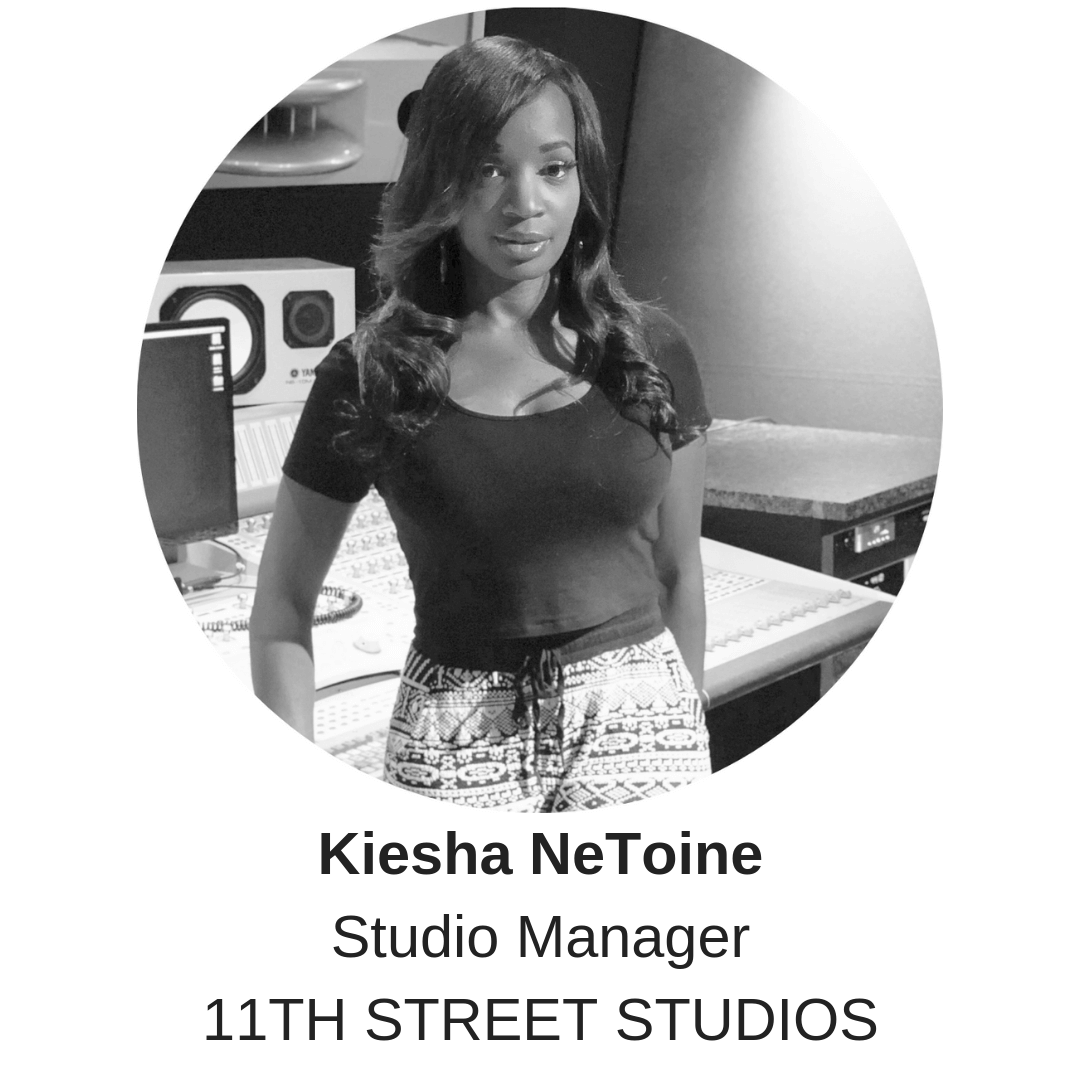 Bio:  An avid lover of all genres of music, Atlanta native Singer and Songwriter Kiesha NeToine has been a solid member of the entertainment industry since signing her first publishing deal with Sony ATV at just sixteen years old. From writing for Ciara, Xscape, OMG Girlz, and a myriad of films and television shows, to being featured on and producing major network reality shows, Kiesha has proven that her vision goes far beyond her unique ability to create soulful melodies over almost any beat. Her most recent venture as the Studio Manager at 11th Street Studios and Charleston Sound Studios, Kiesha continues to be the epitome of a creative and business hybrid who is determined to educate young aspiring creators worldwide about successfully working towards their dreams, and more importantly, living their best life by any means necessary. 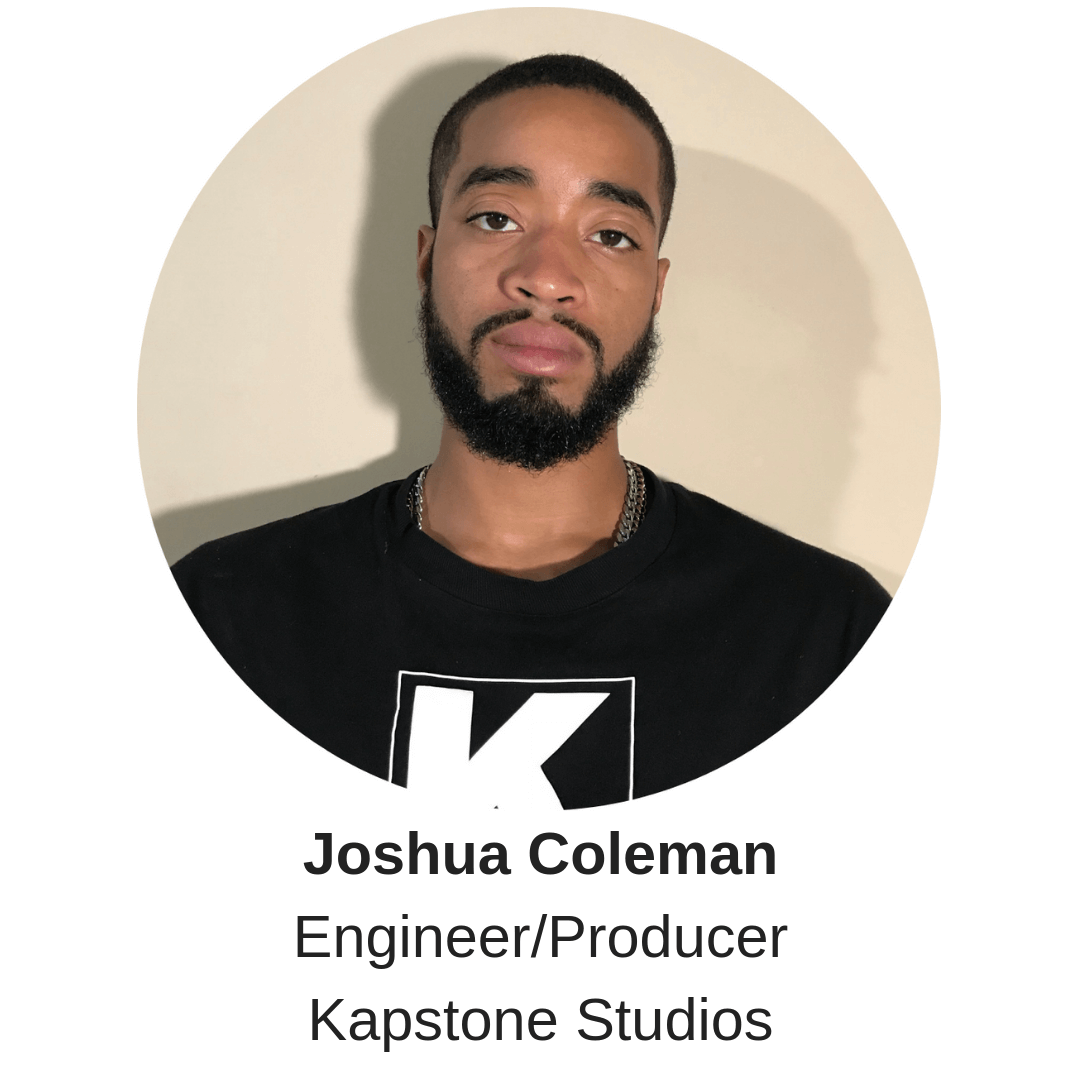 Bio:  Joshua Coleman is an engineer, producer born in Los Angeles raised in the heart of Atlanta, Ga. Coleman spent the last 10 years getting his formal education in engineering and working in top studios with accredited artists, engineers and producers. His passion for music inspired him to open Kapstone Music, Inc. (Kapstone Studios) to help others like himself take the steps to follow their dreams of making music professionally. His goal as an engineer/producer is to help artist develop their special sound through arrangement and vocal coaching while educating them in the music business and how to distribute their music so they can be heard. 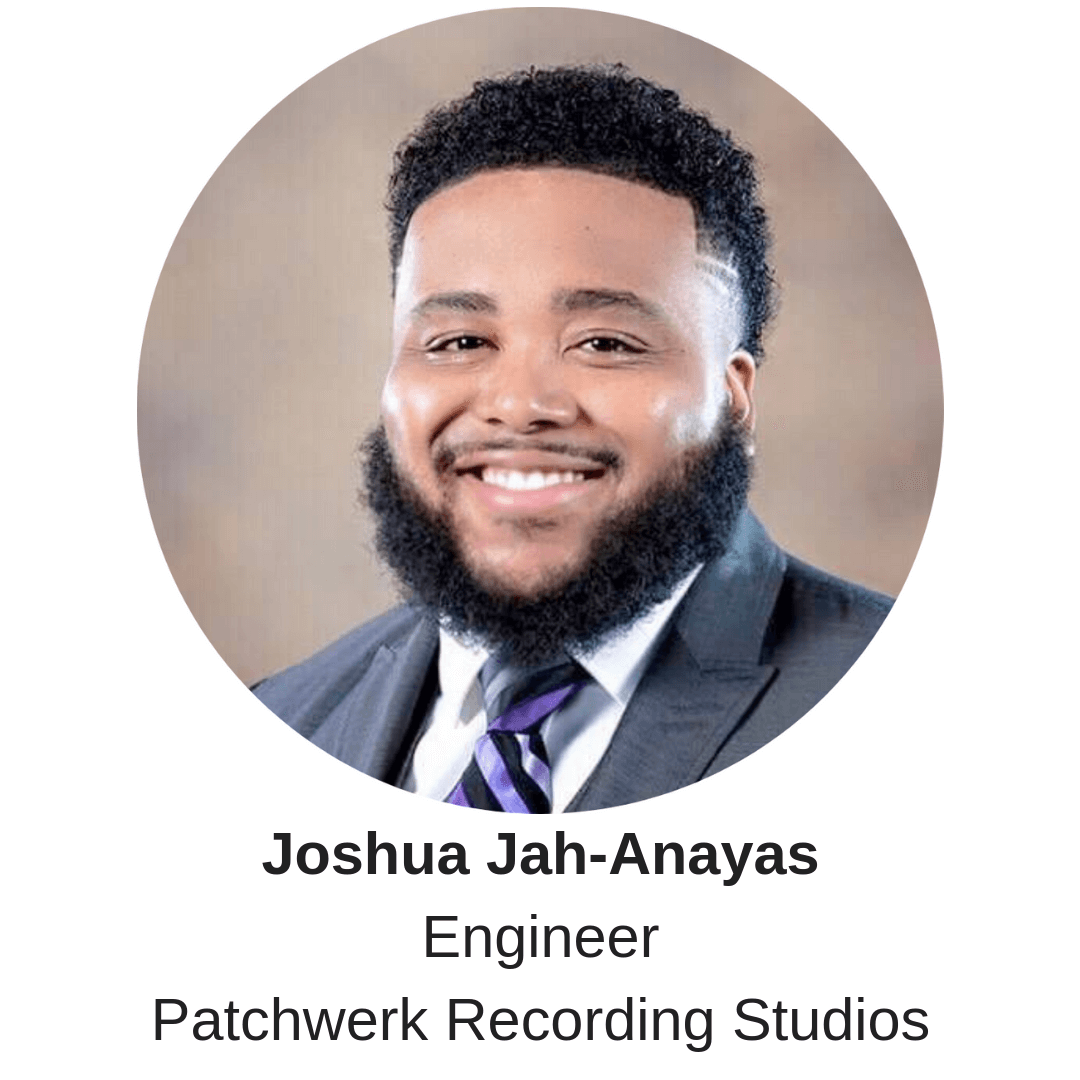 Bio:  Joshua Jah-Anayas, also known as Patchbayjay, is a staff Audio Engineer at the world renowned Patchwerk Recording Studios in Atlanta, GA. After receiving his Bachelors from Full Sail University, Joshua used his talents as an Audio Engineer to record and collaborate with some of the most influential artist in the music industry today. This includes Kirk Franklin, Monica, SZA, Young Thug, Gunna, K. Michelle, Jacquees, Dae Dae, Migos and many more. With over 20 years in the entertainment industry, Patchbayjay has shared the stage with icons such as Drake, Nicki Minaj to Three Six Mafia as an international performer and DJ.

At an early age Joshua showed his entrepreneurial spirit by starting his own lawn care service at the young age of seven. After receiving his Bachelors in Science for Small Business Management, Joshua continued his thirst for knowledge and pursued his Master’s in Business Administration with a concentration in Entrepreneurship. On top of his endeavors with music, Joshua is also the Co-Founder and Co-Owner of the Jah-Anayas Group; a multifaceted conglomerate of businesses ranging from a Consulting Firm to Youth Program. His ultimate goal in life is to leave a positive impression on everyone he meets, and to teach the world by example that no dream is too big to achieve. 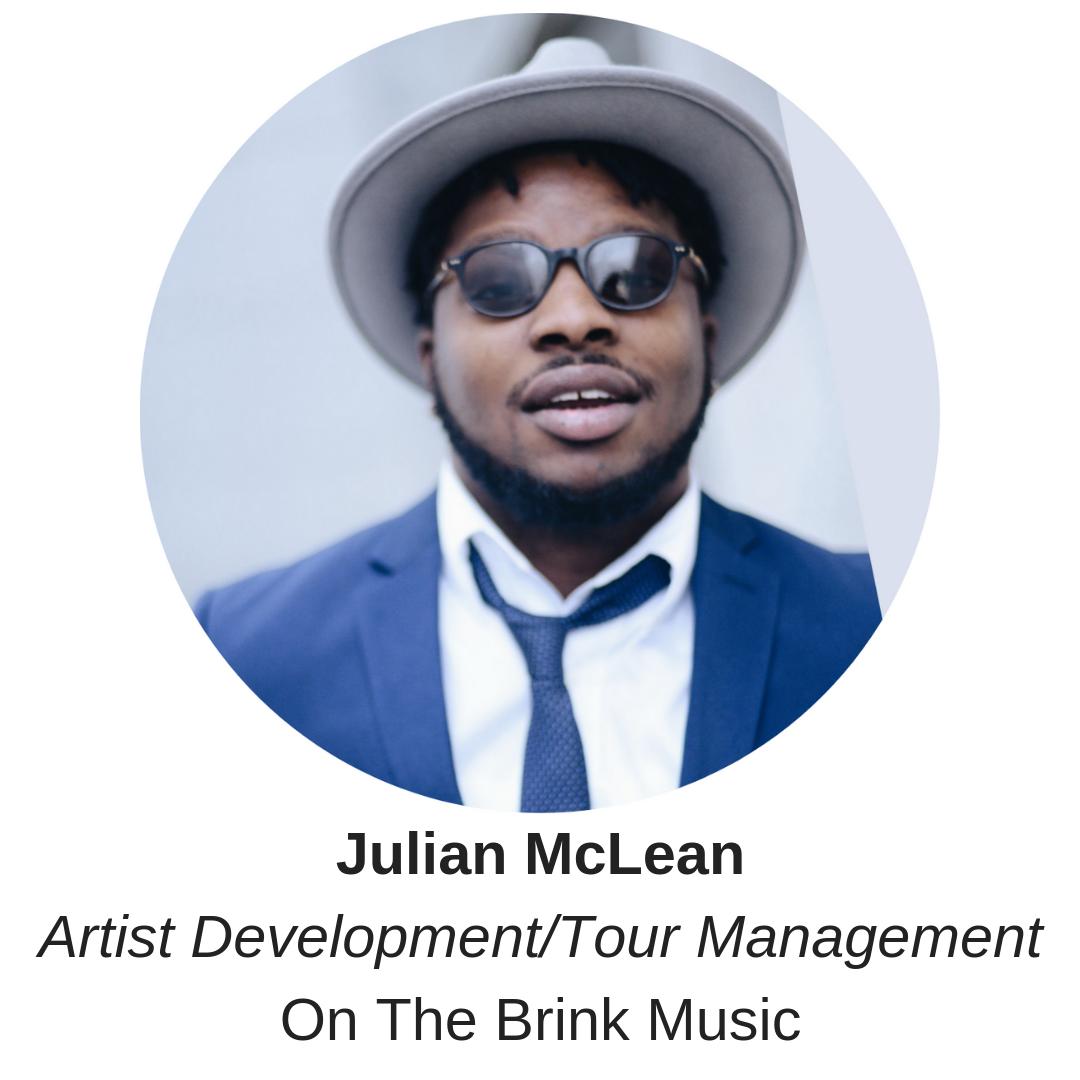 Bio:  Julian McLean better known by his peers as”JuJu” has 8 years of experience in Artist Development/ Tour Management. In his short but tactical career , JuJu has engineered successful Rollouts that have garnered millions of streams, sold out tours, and brand alignment with some of the largest brands on the planet. JuJu a former marking major at Morehouse College has always valued the parallel of brands with music, and seen the value they could create at infancy of social media. 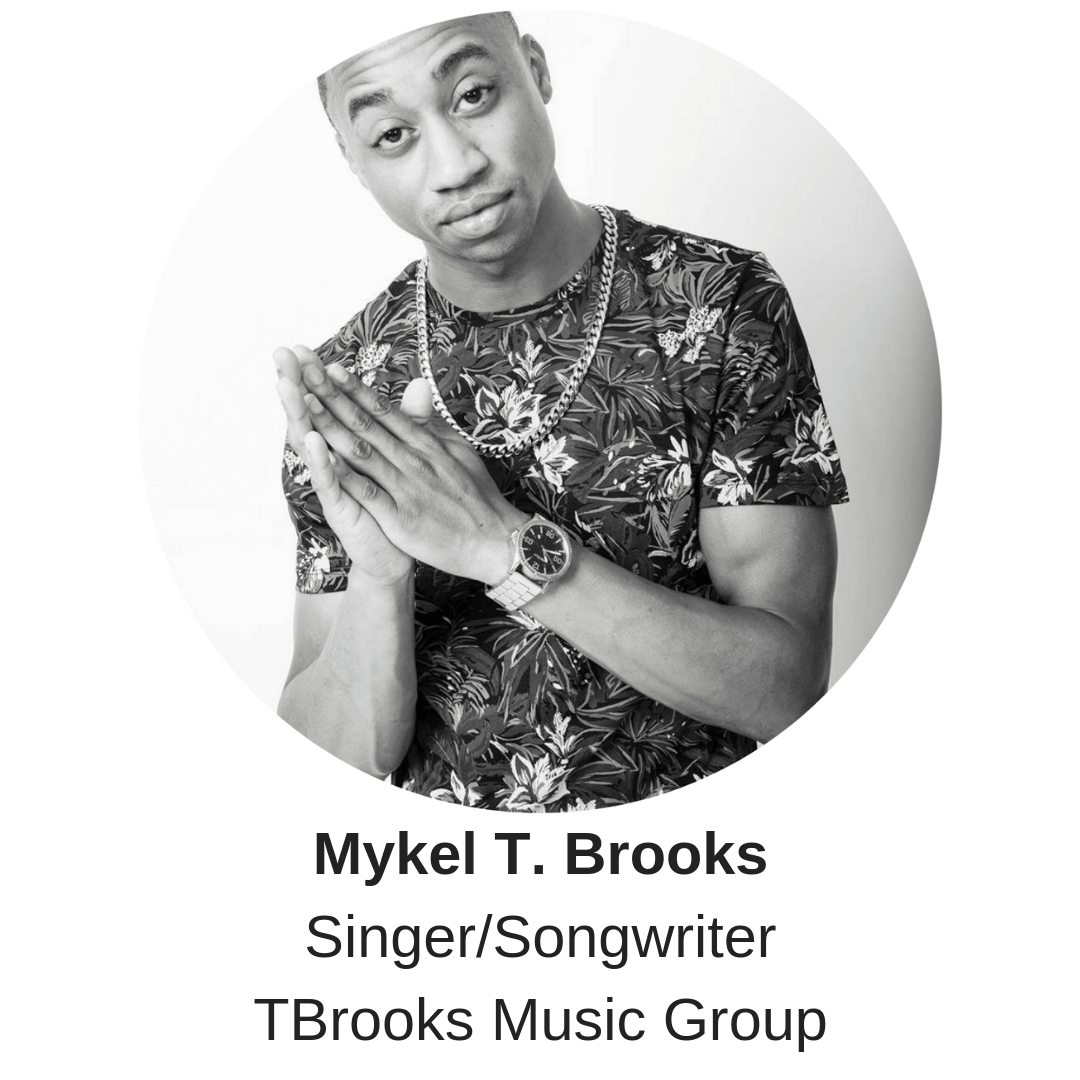